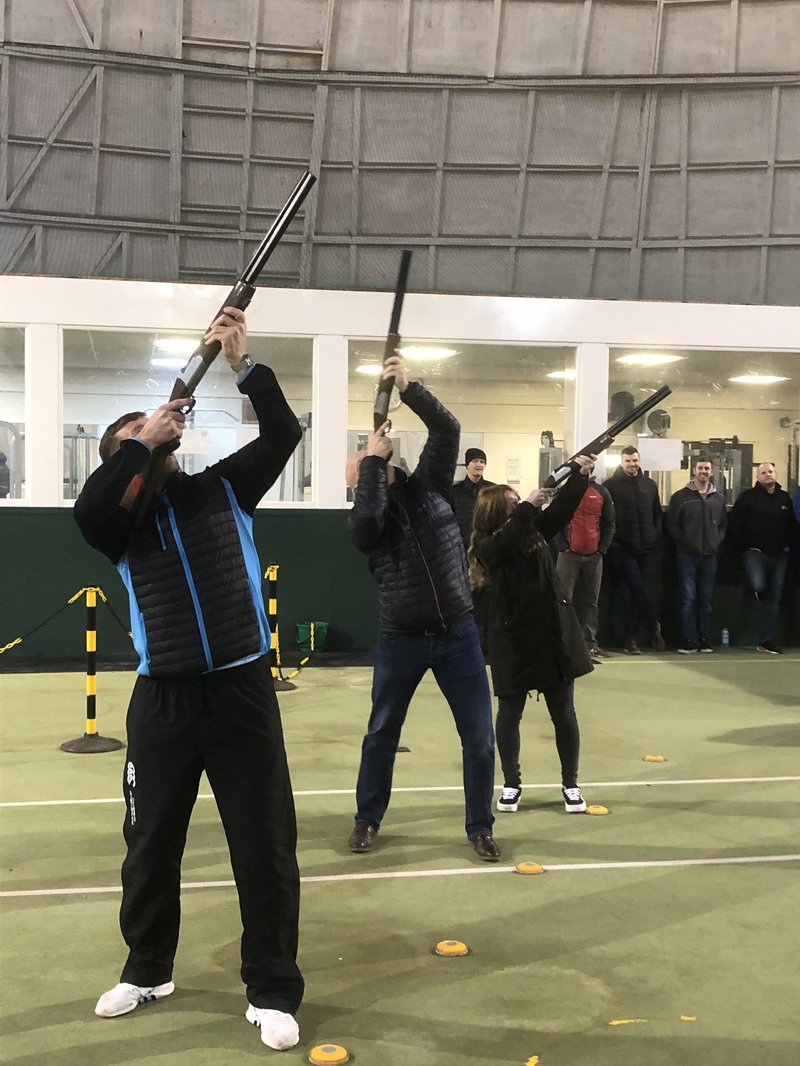 Just like Real Clay Shooting you need to get to the target early.

Laser Clays, Archery, Climbing become part of an awareness theme for all underground workers, our brief was to make aware of the values of teamwork in the work place and when required how to help one another in many situations.

The course was over a period of 5 days and working within the many shift patterns with starting times of 06:15 through to 22:15 so quite long days

Fortunately, we were working in an extremely large sports hall in a building resembling a road salt shed, the only down side of this was as it was so large it was bitterly cold, but hey ho we wrapped up and all was well

Boulby Mine has been part of ICL Group, as ICL UK, since 2002. Its history, however, stretches back to 1968. Following a Public Inquiry, planning permission was granted to Cleveland Potash Ltd for the underground working of minerals – potash and salt – in an area that extended from Brotton into the National Park in East Cleveland, a range of approximately 8,200 hectares. Permission was granted for buildings, machinery and plant in Boulby to accompany the underground ‘world’. Creating Boulby Mine as we know it today began in 1969 when the two mine shafts were erected at the site.

A part of the community for over 40 years

Ownership was transferred to Israeli Chemicals Ltd in 2002. Since, Boulby mine has been known as ICL UK and has continued to be the largest employer in the area at any given time.

In 1973, the first potash was extracted from the mine, and structured production and supplying has been ongoing ever since. Since that time, Boulby Mine has been successfully supplying customers around the world with potash products, mined and refined on site. In addition to potash, Boulby mine is responsible for supplying around half of the de-icing rock salt used on the UK road system during the winter, removing the need for importation of salt into the UK. Recently, ICL UK became the first mine in the world to mine polyhalite, a fertilizer carrying the benefits of sulphur, potassium, magnesium and calcium. Sold only by ICL as Polysulphate, this 4-in-1 mineral has become a key player in the fertilizer market.

For further information on how we can help your company Team Building and/or Awareness message to your employees then please contact Mark on 01527575141 or email mark@marksmanleisure.co.uk or use the contact button we have 26+ years experience in providing Team Days & Corporate Entertainment.